When we suffer from depression, anxiety and other roadblocks to happiness, it often feels like we are all alone with no one to turn to.  Christian has years of experience building therapeutic relationships with clients dealing with difficult emotions.  Utilizing treatment styles that are tailored to your specific problem, you will learn new strategies to manage your feelings.

​     Christian received both his Bachelors Degree in Psychology and his Masters in Clinical Social Work from Michigan State University.  Christian completed practicums as a school social worker at Armstrong Middle School in Flint, MI and as a therapist at Trinity Counseling in Owosso, MI.  Following graduation Christian was hired on at Trinity and its satellite office Consumer Services Inc., in Flint.  These positions provided him with the opportunity to serve patients in both rural and urban communities with starkly different populations.  Over time he began to see patient's exclusively in Flint, serving one of the neediest populations in the country.  During his time in Flint Christian was able to work with a diverse cross-section of disorders including Major Depression, Bipolar, General Anxiety Disorders, Agoraphobia, Autism, Oppositional Defiant Disorder, Attention Deficit Disorder and Borderline Personality Disorder.  While serving at Consumer Services Inc., Christian's commitment to his client's was recognized by appointing him as Assistant Clinical Director of Outpatient Therapy in Flint, where he was able to pass on his experience to other clinicians throughout the agency.  Christian also served as a therapist and group leader in Consumer Services Inc.'s Dialectical Behavioral Therapy program.  After many great years at Consumer Services Inc. Christian moved his practice to Clarkston, MI, where he worked as a therapist for Triad Associates in Clarkston.

​     Triad provided Christian the opportunity to utilize his experience in a brand new community with a different population that he had served in the past.  Christian continued to serve clients with varying backgrounds and problems, but he also recognized that Clarkston and the surrounding communities could benefit from the creation of a new agency that could provide services for traditional patients, as well as those facing more difficult problems, such as self harm, suicide attempts, eating disorders and long term substance abuse.  Noticing this need, Christian collaborated with his colleague, Brian Taylor, to establish Counseling Centers of Michigan.  Christian hoped that their new clinic could bring relief to those who have felt lost and hopeless. 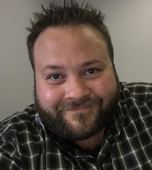